In the spring of 1906, dozens of young women disappeared from the town of Marrakesh, Morocco. In mid-April, ten young women were reported missing. Despite extensive searches, no trace of the women was found. The number of missing women rose to twenty. Then thirty.

Finally, the family of one woman, the thirty-sixth person to disappear in a 2-week timeframe, tracked her to the home and shop of a cobbler and letter-writer named Hadj Mohammed Mesfewi.

END_OF_DOCUMENT_TOKEN_TO_BE_REPLACED

When Baldassare (bahl-dah-sAHR-ee) Forestiere was 22 years old, he left his native Sicily for good, he had little more than dreams to help him along. But this dream, this grand vision in his mind, was enough to motivate him, to give him hope and direction. Baldassare wanted to own a citrus farm. He dreamt of sunny orchards, stretching as far as he could see in the hot sun.

He arrived in America in 1901, and obtained his first job was in Boston. It wasn’t where he wanted to stay: he was employed to help build the great city’s first subway tunnels.  His dream must have felt further away than ever in the cold, subterranean tunnels beneath the bustling city. But Baldassare was a man of great faith, so he worked and worked, living sparingly and saving everything he could for his own citrus farm.

It took five years, but he finally saved enough for a start. He headed to California, to a place called Fresno. According to the ads and word of mouth, the land was cheap and fertile, and the warm climate was perfect for growing fruit.

END_OF_DOCUMENT_TOKEN_TO_BE_REPLACED

Greetings everyone! Thanks for those of you who played along!

Congratulations to winners Erin M. and Hadley! I’ll be reaching out to you both to send your books to you. 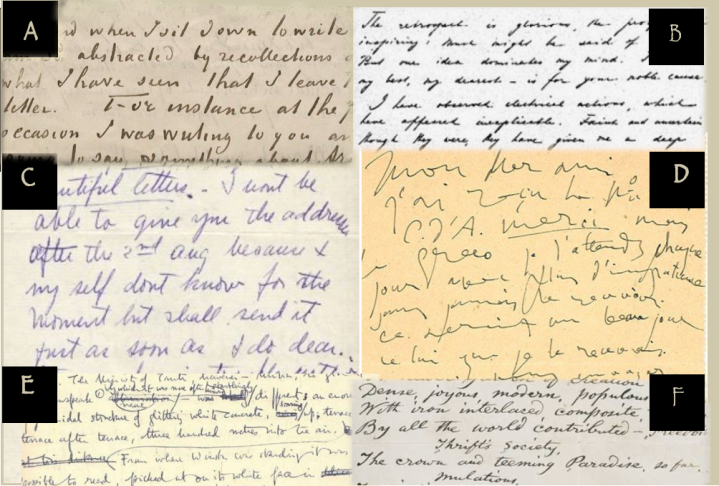 I thought you all might like to know a little more about the handwriting, along with the correct answers so added a little but of analysis by each name.

It’s an advantage that I know very little of the personal lives of all of these people and don’t have preformed opinions of them. At the same time I must add a big disclaimer that I’m not a professional graphologist so this is just my take on each person.