In 1850, a Scotsman named Allan Pinkerton founded one of the most successful and well-known detective agencies in history in Cook County, Illinois- an organization so successful, it’s still operating 169 years later.

The Pinkerton National Detective Agency initially specialized in train robberies, but they quickly expanded into anti-labor union activities, including breaking up the Molly Maguires, a secret organization of coal miners. Allan Pinkerton claimed to have foiled an assassination plot against President-elect Abraham Lincoln.

I happened upon an interesting stash of Wild West-related photos that the Pinkerton Agency donated to the Library of Congress archives. They would have been closely guarded artifacts back when these criminals were still operating.

The more I read about all of these characters and their complex web of relationships, the more I would like to write their individual stories! So for today, I’ll just introduce you to a few of them who were associated with the Wild Bunch gang:

The Wild Bunch’s main target was often trains. The gang stole over $60,000 in two train robberies in the summer of 1899, which brought them to the attention of the Pinkerton National Detective Agency.

Without telling their full stories, we can learn a lot from these few photographs that have been preserved.

Annie Rogers (aka Della Moore or Maude Williams) and Harvey Logan (aka Kid Curry), circa 1900. Rogers was a prostitute and Harvey Logan’s girlfriend. Many of the men picked up girlfriends in brothels across the west. 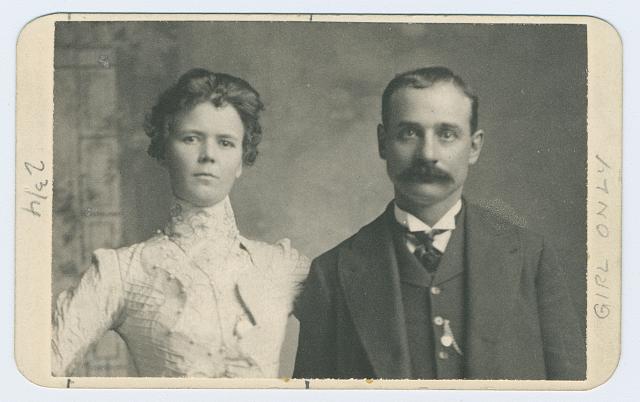 Jesse Linsley, another member of the Wild Bunch gang. I couldn’t find much information about Linsley, but I imagine he’s an interesting guy from the way he wore his hat. 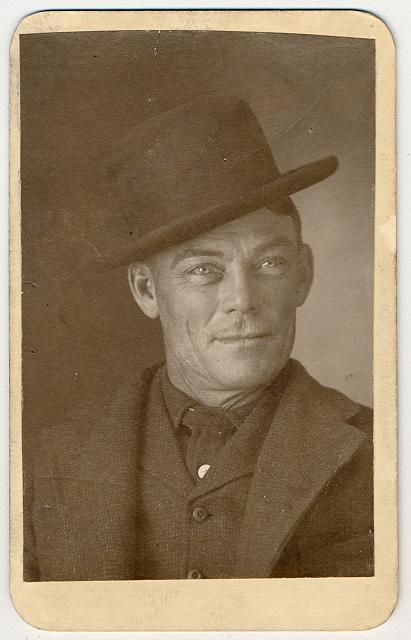 The star, of course, was Robert LeRoy Parker, alias Butch Cassidy. Born in 1866, he robbed his first bank in Telluride, Colorado at the age of 23.

This studio photograph wound up in the hands of Pinkerton. It shows Harry Longabaugh, aka the Sundance Kid, and his girlfriend, the mysterious Etta Place, circa 1900. Etta Place was known to be a refined woman, though it is likely the Sundance Kid picked her up at a brothel in Texas. 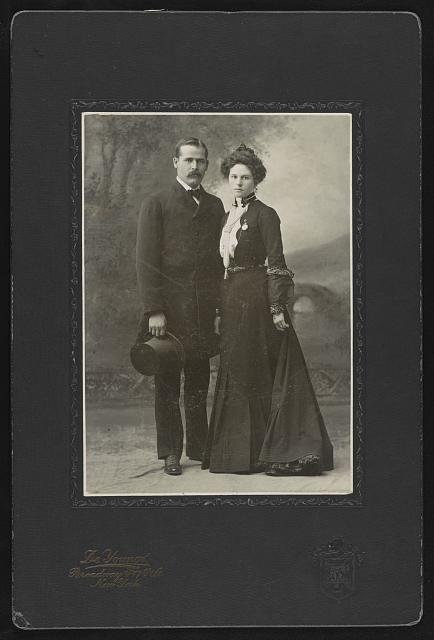 Ben Kilpatrick, alias the Tall Texan, was seated in the center of the famous photograph of the Wild Bunch.

Kilpatrick’s on-again, off-again girlfriend was Laura Bullion. Kilpatrick wrote to her from prison, but Laura had moved on. Bullion was the longest lived of the Wild Bunch, passing away peacefully in Memphis in 1961.

Upon Ben Kilpatrick’s release from prison, he returned to crime. On March 13, 1912, he and another outlaw, Ole Hobek, were killed during a train robbery near Sanderson, Texas. Pinkerton had a photo of that, too. Kilpatrick has the number 1 etched into the photo, just over his head. The number 2 is written over Hobek’s head. The other men in the photo are holding their bodies in place.