S0me of the best things about the turn of the century are the lovely clothes and hats and jewelry.

San Francisco held a fashion show in 1911 to showcase the upcoming spring fashions. 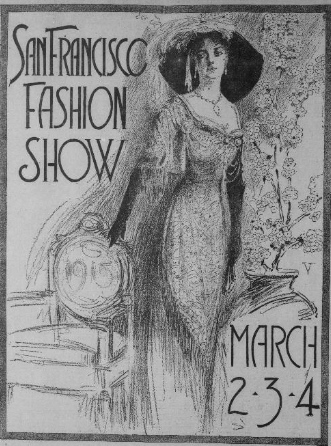 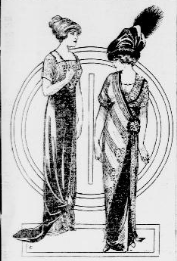 Here’s another fashion show, this one is in Arizona, and features an illustrated female with an odd, Disney-character-shaped eyes. 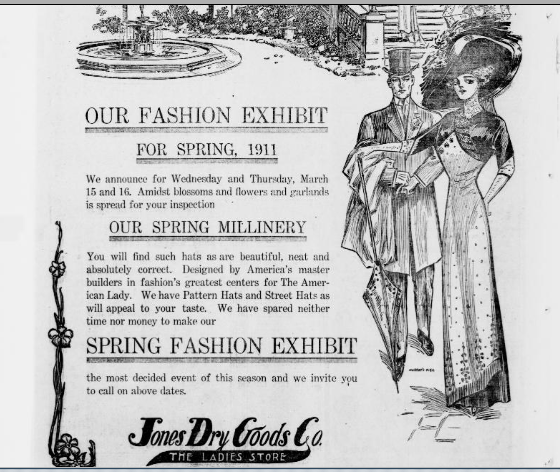 Or check out this 1909 illustration. Apparently, the right clothes will transform you into an Alphonse Mucha painting! Where do I sign up?

Next up, it’s an ad for that awesome hairstyle again! How do I learn how to do my hair like that? Seriously. And why is the girl on the right sporting an early Princess Leia? 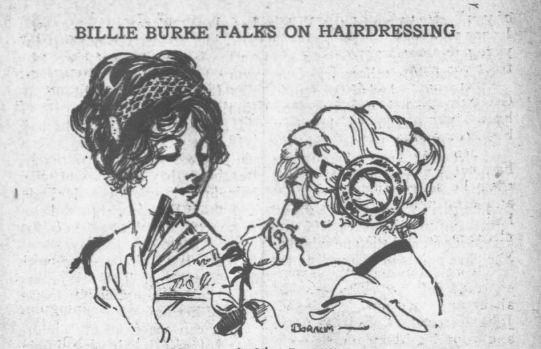 Incidentally, do you know who Billie Burke is – the woman the picture references? None other than Glinda the Good Witch.

That is not to say there were never any duds. August 1912 was a low point for this model, although the little bow-tie really pulls her whole ensemble together. This terrible outfit is actually pretty funny, especially when you read the ad beneath it. Beau-catcher? 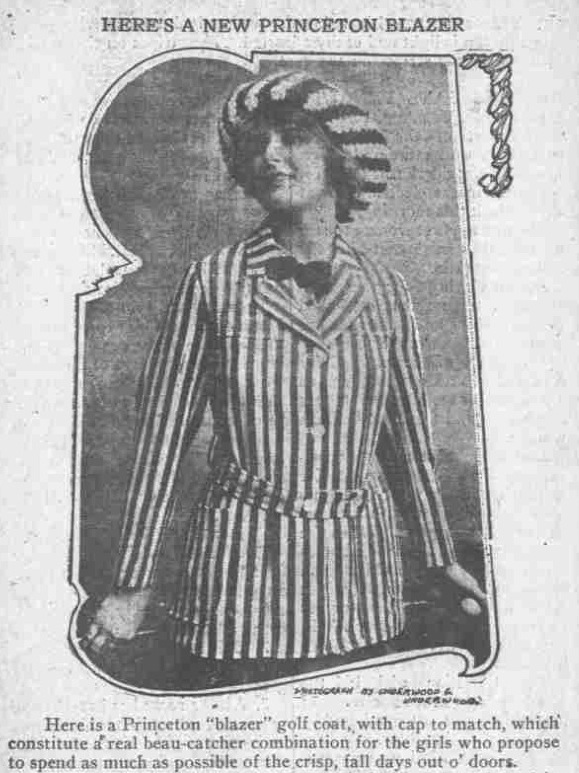 And hey, look. Women and editors took fashion very seriously back then. This poor woman was selected as the model with a figure “that has lost is slender lines”. As if that wasn’t enough to scar her, the article goes on to recommend this atrocious get-up as a means of hiding her hideous, hideous figure. Ouch! 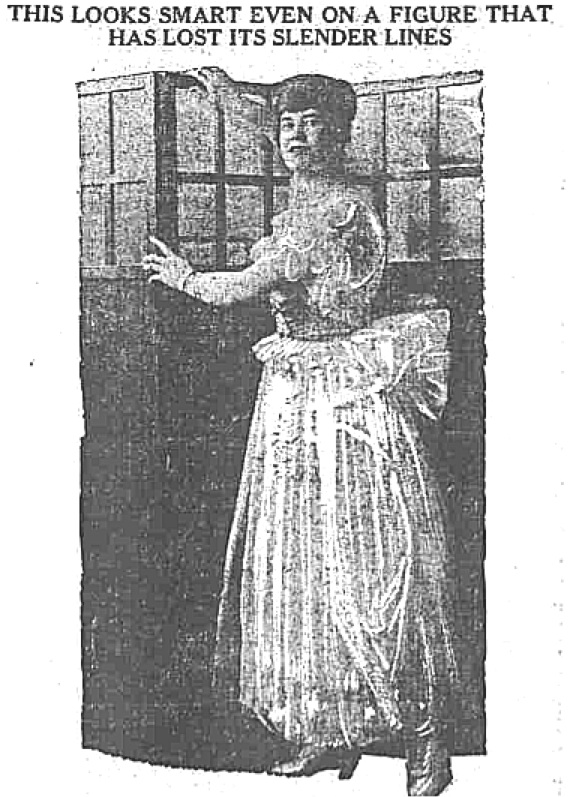