Curtis was born in Wisconsin in 1868, just three years after the Civil War ended. He developed an early interest in the American West and Native American people. “I want to make them [Native Americans] live forever,” he once said. “It’s such a big dream I can’t see it all.”

Curtis did not leave much info about his subjects; typically, he recorded their name, and occasionally, their location and the tribe to which they belonged. He may have been deliberately vague; he wanted to cause the least impact possible to his subjects. “Fortunately, taking a picture leaves no mark,” he told a friend.

He wasn’t focused on microscopic detail, he explained. He wanted to present the lives of Native Americans as a “broad and luminous picture.”

This photograph was taken in 1905, and is titled Ah Chee Lo, a Young Indian Child. I would guess that Ah Chee Lo was a boy, but it’s hard to tell from this photograph. I wonder what became of this remarkably beautiful child. 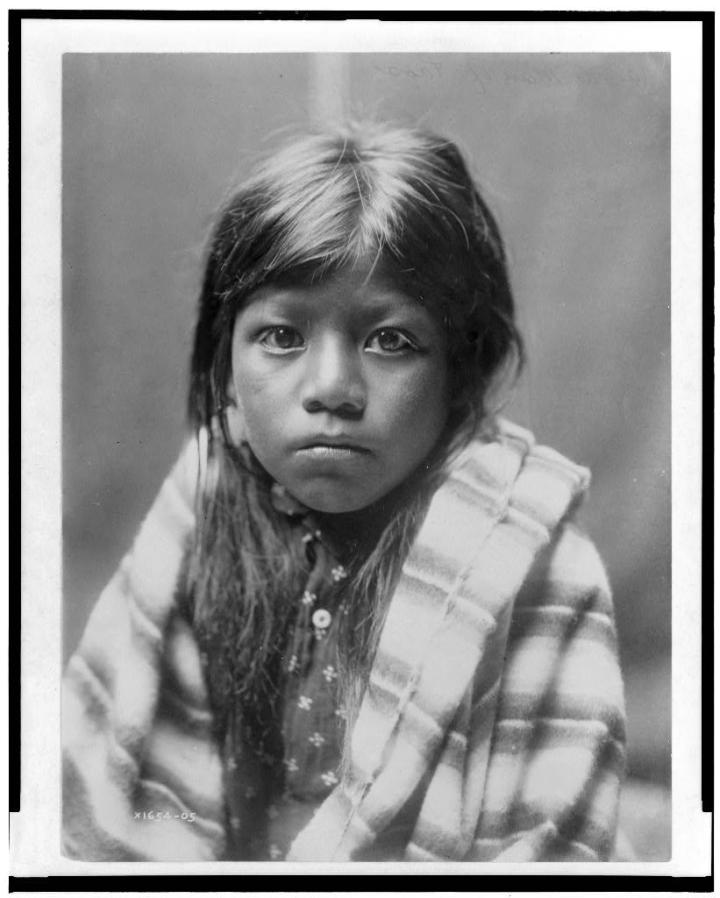 Curtis photographed Medicine Crow in Montana a few years later. Other than being Native American, these two subjects are a study in contrasts. Ah Chee Lo gazes directly at the camera while Medicine Crow shows a dramatic profile. The child is dressed simply; the adult is in an elaborate costume with jewelry. Ah Chee Lo’s face is smooth while the visage of Medicine Crow is deeply lined. It would be interesting to know how old Medicine Crow was when this picture was taken. Maybe late 60s?

Based on their attire, they appear to be from different tribes. Curtis did not record the name of the tribe to which Ah Chee Lo belonged, but the child’s clothing looks like a southwestern style. Medicine Crow was part of the Crow Nation, which covered territory in present-day Wyoming, North Dakota, and Montana.

This photograph of a Mohave woman was taken in Arizona in 1903. The woman is holding a little boy, presumably her son, and carrying water in a container perched on her head. From what we can see, the container looks as though it would have been very heavy. She is wearing loose, colorful clothing and her hair flows around her shoulders.

Curtis did not record the names of the woman and child.

The rapid encroachment of settlers into what had been land shared by native people was making profound changes in the Indian way of life. The relationship between the Native Americans and the newcomers was tense and at times hostile, and the native people were seldom portrayed positively.

Edward Curtis’ photographs betray a real affection for the people and an appreciation for their vanishing way of life. His work is among the best records that exist of the native people and their cultures. Curtis lived until 1952, long enough to see the country transformed, and to understand the great contribution his pictures had made toward documenting the nation’s history.

You can view more of Edward S. Curtis’s work on the Library of Congress website at http://www.loc.gov.

Note: The man pictured at the top of this post was named Three Horses. Curtis photographed him in 1905. 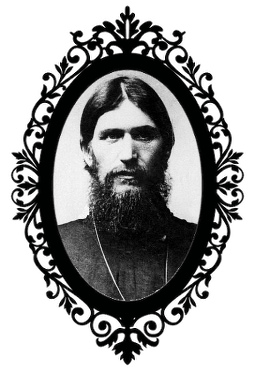