One hundred eleven years ago today, on April 18 at 5:12 a.m., a violent earthquake shook San Francisco.

This was 30 years before the Richter scale was developed to measure an earthquake’s magnitude, and nearly 70 years before the system we use today, the Moment Magnitude scale. The scale ranks an earthquake on a scale of 1 – 10, with 10 being the most catastrophic. Each step accounts for 32x increase of energy expended.

When you consider the damage done by the earthquake (and most disasters), it is really incredible to think about how quickly they happen. In 1906, the timeline was very short:

And it was over by 5:14 a.m. But several separate forces – the damage from the earthquake, the aftershocks, and the gas lines that provided energy to the city – collided with one another and a fire ignited. The city burned for three days. 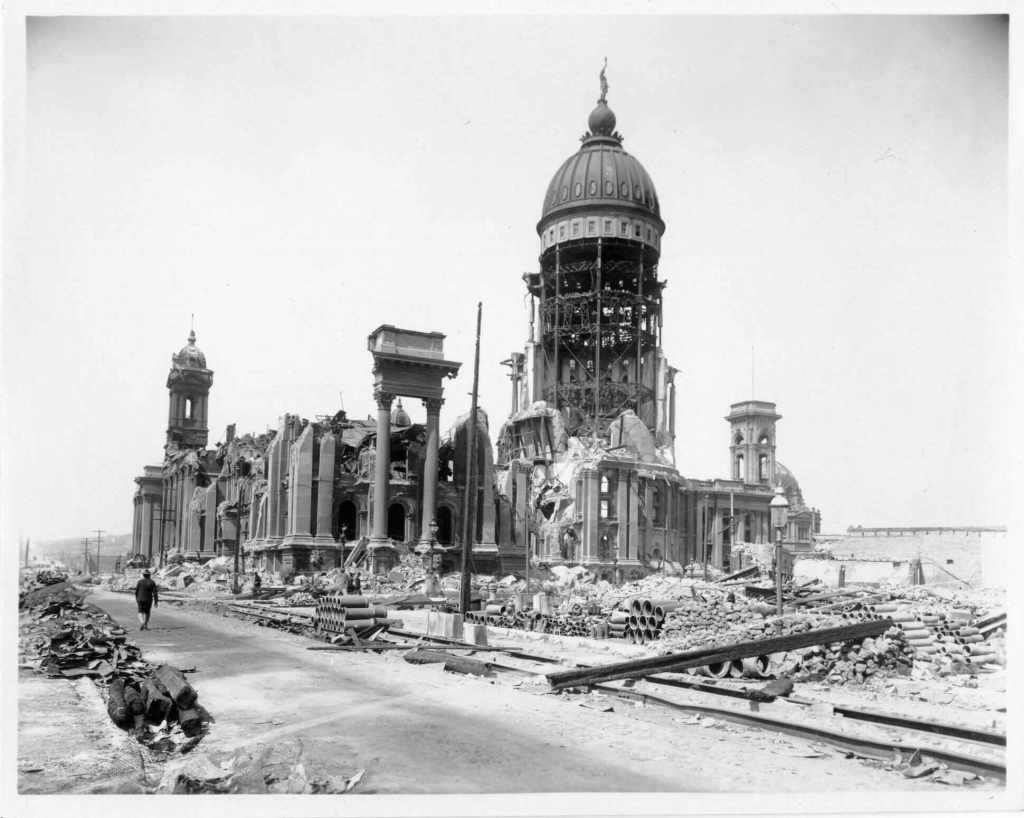 But San Francisco was destined to be more than a sepia-toned memory. The people refused to let the city lay in ruins, or to scatter and rebuild elsewhere. San Francisco defiantly built itself back up, grander and more flamboyant than before. The fingerprints of the old earthquake are faded but visible,  a reminder of San Francisco’s great courage and resilience. 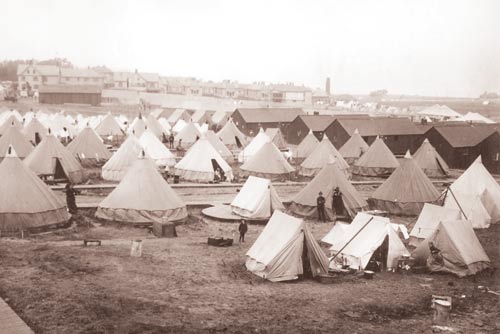 The ghost of San Francisco circa 1900 may haunt some of the narrow alleys of Chinatown. You might sense its presence in the Ferry Building, completed in 1898, and one of the very few large buildings to survive the earthquake in 1906.

But by and large, the city is a modern one that breathes more vitality than nostalgic sighs. To find the past, you must sit quietly,  calm your heart and breathing, and drain  your mind of all thoughts.

Through his lens, we catch a glimpse of the beautiful city that once existed, was destroyed in the earthquake, and rose from the ashes like a phoenix to rebuild itself.

END_OF_DOCUMENT_TOKEN_TO_BE_REPLACED

Chicago’s Iroquois Theater opened in 1903 on West Randolph Street. No expense was spared on the massive, L-shaped structure. From the soaring ceilings to the mahogany trim to the gilded accents, the theater was a work of art. It had three levels and could accommodate 1,700 people.

Owner Will Davis expected the theater to be complete mid-year, but the opening was delayed by labor disputes.

When fire-related safety concerns threatened to delay the opening yet again, Davis was irate. The deficiencies including iron gates blocking many of the exits – which were designed to keep people from sneaking in to the shows without buying a ticket – exits hidden by drapes, an absence of proper air flow, and the ubiquitous mahogany trim. The fire-fighting equipment was limited to an asbestos curtain that could be lowered onto the stage to smother out a fire and a half a dozen canisters of a bicarbonate soda compound used to snuff out residential kitchen fires. There were no fire alarms, extinguishers, sprinklers, or water connections; there was not even a telephone.

But corrupt city officials accepted bribes, including free tickets to upcoming events, and the howls of the Fire Department were ignored. The Iroquois Theater’s grand opening took place in November, to wide acclaim.