Alphonse Bertillon, the father of the mugshot and patron saint of Mugshot March, compiled an album of Paris Crime Scenes in the early 1900s.

One of the more interesting specimens in it is this gentleman, Monsieur Jean Gallay, circa 1905. What would you guess he did, based on this photograph? Murderer? Arsonist? Porch climber?

No, he was just a bank clerk with a sharp eye. Gallay was earning roughly $60 a month and he saw an opportunity to exploit the bank’s records to siphon away small amounts of money here and there. This worked out pretty well for Gallay; nobody caught on.

Gallay became ambitious. His first order of business was to move his family out of Paris. Once his wife and children were out of the way, he began to live a double life.

Like an early Superman, Gallay remained the milquetoast bank clerk by day and transformed in the evenings into the wealthy Baron de Gravald, complete with diamond cuff links and, of course, that monocle. 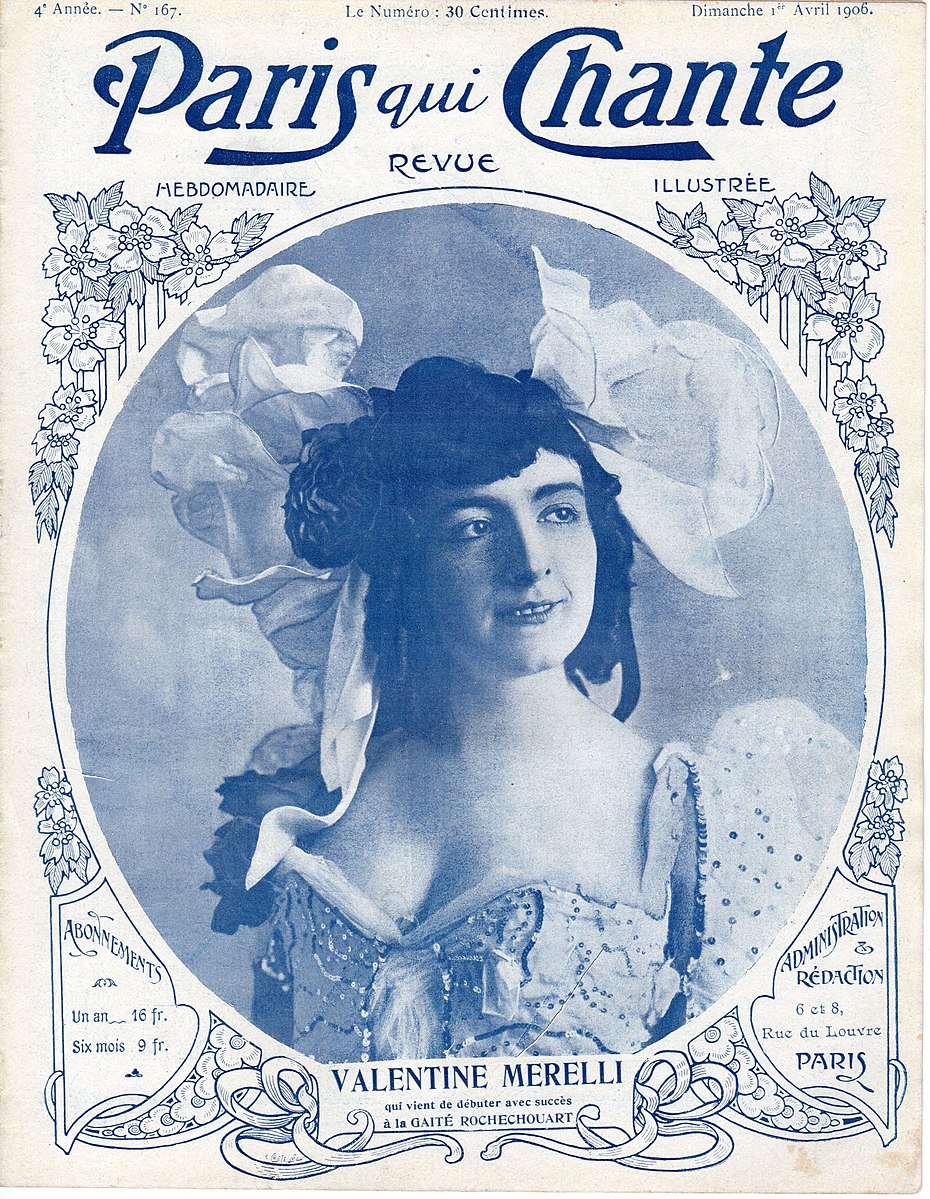 Enter Valentine Darbour. She was a young woman who had grown up in the country, married, and then decided she didn’t really like being married. So she gave her husband the slip and set up shop in Paris, as a singer named Valentine Merelli. This presented two problems. The first was that Valentine couldn’t sing. Secondly, life in Paris is not free. What Valentine lacked in singing talent, she more than made up for in confidence. She only needed a benefactor, and when she met the baron, she knew she had found him.

Jean Gallay was smitten with his lovely Valentine. He spent the bank’s money like a drunken sailor, and found himself having to steal a lot more money to support Valentine in the style she deserved.  They both knew he was living on borrowed time. With detection seemingly inevitable, the faux Baron and Valentine decided the best plan was to flee France and decamp to Brazil.

The duo headed to Le Havre, intent on leaving France in a quiet, unobtrusive manner that was consistent with the frugal and simple manner in which they had been living. They chartered a yacht and crew to take them on their voyage, and the couple took only the barest necessities, including 37 evening gowns and as many suits, 50 pairs of shoes, and hundreds of bottles of the champagne and liquor. In addition to the crew, they hired a maid and a doctor because one’s needs must be attended to, by land or by sea. In early August, the couple and their modest entourage set sail for Brazil.

As it turned out, Gallay and Valentine had left town just in time. The bank discovered two million francs were missing and connected the missing money to the meek clerk, quickerthanthis. The two might have been excellent thieves and posers but neither was great at disappearing. The police easily traced them, and by the time the luxurious yacht docked in Brazil, the police were waiting.

Jean Gallay and Valentine Merelli, having just completed a 4,900 mile journey, were promptly extradited back to France.

Jean Gallay and Valentine Merelli were tried but after all, Gallay was the only one who was actually stealing so only he was convicted. He was sentenced to the seven years.

The judge, I suspect, had a sly sense of humor and Gallay was sent 4,800 miles away to Devil’s Island in French Guinea to serve out his sentence, which wasn’t too far away from Brazil!

Have you entered the contest to win a signed copy of my new true crime book about the 1900 murder of Frank Richardson, Has it Come to This? Click here to enter the contest until midnight on March 31!