World War 1, or the Great War, took place at a twilight in history. The old world and its old ways were vanishing, but the relics were still breathing and visible by candlelight. 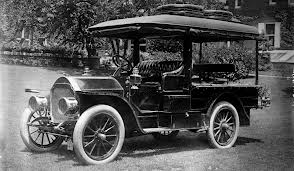 Motorized cars and electric lights were in their infancy and many people lived on farms and rode in wagons and buggies. The average home did not have electricity or running water. A long trip would be taken on a steamer or train, and most people had never seen an airplane.

Enter World War 1. In the wake of Grand Duke Franz Ferdinand’s assassination, troops amassed in Europe carving out their barracks in poppy fields. But how to fight? The people gravitated toward the familiar weapons their fathers and grandfathers had used to do battle, but time doesn’t stand still.

World War 1 is sometimes called the first modern war, but it’s not a fair label. The war relied as heavily on old tools as new technology. It’s really the only major war that was ever fought – or ever will be fought – with rifles, bayonets, cannons, and a calvary and with never-before-seen technology like airplanes, submarines, machine guns, mustard gas, and zeppelins.