Normally, the 1930s are far too modern for me, but these 1931 pictures of a Graf Zeppelin visiting the Great Pyramids perfectly capture the birth of the modern world, so they couldn’t be left out of this blog!

The first picture is of a man and a boy perched high above the city, watching the zeppelin leave Cairo to approach the Great Pyramids. I wonder if the little boy is still alive today, and if he remembers this moment. Fun detail: note the photographer’s shadow at the bottom of the image!

Here, three men watch as the zeppelin draws closer. They seem to be transfixed by it.

In this stereoscope image, Egyptian men watch the zeppelin float over the massive pyramid. Did they trust this giant airship circling their pyramid?

The dirigible looks verrrrry close to the pyramid in this picture! 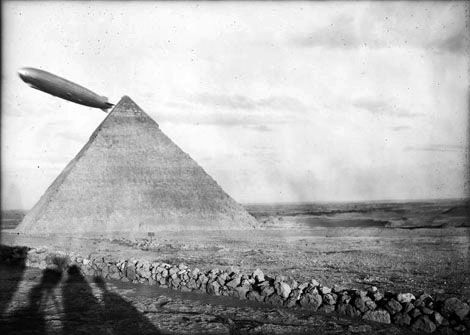 The Sphinx won’t reveal its secrets, even to the giant Graf Zeppelin. 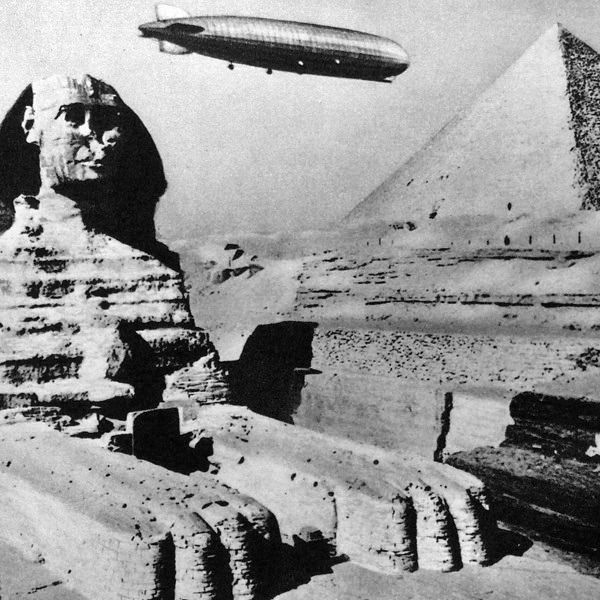 The zeppelin takes a final look at the 4,000-year-old pyramids before floating away.