I really like this photo, from a small antique shop in Santa Cruz, California. It’s labeled Libby and Grace. 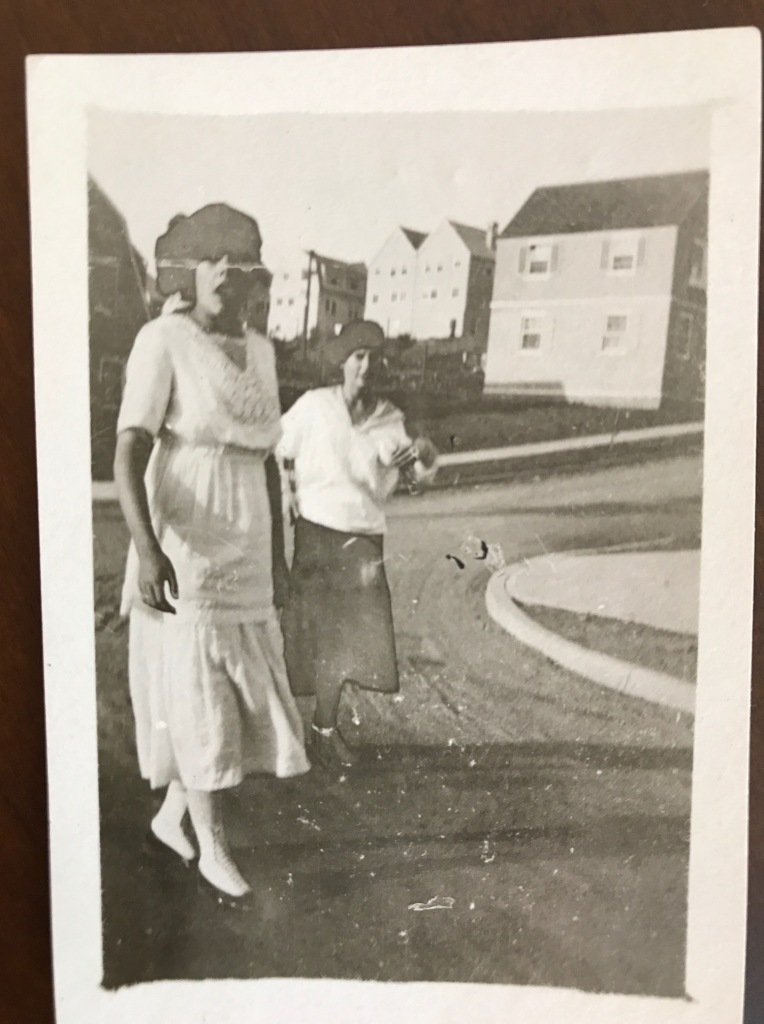 It’s difficult to tell much about when and where the photograph was taken. The girls’ hats, dresses, and shoes look like they are from the late 1910s, but they appear to be walking in a very modern-looking subdivision, complete with a roundabout.

Their features aren’t clear enough to see if they look alike, but my first guess was that Libby and Grace were sisters. Libby was the girl in the foreground, and that Grace was the older, more serious sister. Then I noticed that the girl in the foreground (I’ll just call her Libby, and the other girl Grace) is better dressed by far, and this is in an era in which sisters would probably have similar clothes, often handmade. Libby is wearing a pretty dress, button-up boots, and a whimsical hat. Grace is dressed much more casually. Her shoes look like loafers and she is wearing a severe hat. She’s also carrying something, but in an odd way. Whatever it is, she is holding it up and close to her chest.

I had two theories about the girls:

The first theory is that they are sisters or old family friends, and that Libby was the fun-loving charming half of the duo, and Grace was the jealous, contemptuous older sister/friend who spent most of her time repressing Libby. She scowls in the background, as Libby makes a funny face at the camera.

The second theory is that Libby’s expression indicates she really is upset, and Grace is not jealous but angry. They may be strangers, or not. What if Grace caught Libby stealing something and was marching her toward some kind of justice, with the evidence in her hand?